Religion in the Ostschild Campaign Setting 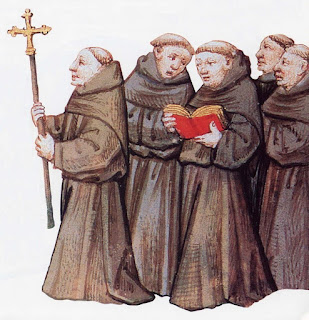 Here's a clarification I sent to my players today, because nothing is ever just generic "standard" D&D with me DMing.

The default religion is Christianity, it is the religion of the Holy Roman Empire, and Ostschild is a member state of that empire. Specifically Latin rite (Catholic) Christianity, as opposed to Greek rite (Orthodox) Christianity. The great schism hasn't happened yet, but it is coming soon.

Various forms of paganism still exist in Europe, and many pagan rites are still celebrated with a Christian veneer in the kingdom, but paganism is officially done in Ostschild.

Heresies seem to crop up with alarming regularity within the kingdom, mainly due to the influence of Chaos emanating from the Elf-King's lands to the east.

Islam exists and is considered to be an existential threat to Christendom, especially in the lands surrounding the Mediterranean, but is pretty inconsequential in Ostschild. Pagans were more of a threat, but they are in retreat all over Europe, despite their overwhelming threat not even a century past. Scandinavians are becoming Christian now by choice and central Europe's Slavs by conquest.

Greek rite Christians are still considered brothers, there is no animosity religiously, but many Greeks are viewed with suspicion just because they seem to look down on Ostschilders as barbarians (much as Ostschilders view Northmen or Cumans).

Email ThisBlogThis!Share to TwitterShare to FacebookShare to Pinterest
Labels: Ostschild