So I started a new (heavily house ruled) AD&D campaign, a mini-setting, part of my larger "Garnia" campaign setting. I call it lost Atlantis. I am running it as a "cloud" or"West Marches" style game. I asked all my friends (and family that play D&D) what kind of a game they wanted and they picked Exploration over Mega-Dungeon, so that's the focus.

Originally it was supposed to be an in person, local game, but it's like herding cats to get everyone's schedules to mesh, then we had bad weather cancel our only two scheduled games, so I opened it up to the possibility of online play via Roll20 and Discord, that gave me some more possible players, people I used to play with that had moved out of area and such.

I found a couple of other guys that are local through a gaming meet up.

We played a few times and I felt a little more confident. I don't use minis most of the time at home, so much of Roll20 is wasted on me, but it does make for a good dice roller and a repository for character sheets and the various documents I have written for the setting, which is, basically, the Roman empire discovers a new continent, where there never was one before. It's got a bunch of other accretions from my roughly 35 years of DMing in this world, but that's close enough to start.

I mention this now, because I am probably going to keep sharing stuff like my "Schrodinger's Adventurer" rule, which is now a house rule in the game, and also in case anyone want to check it out. We're playing tonight at 7:00PM. I'll be there sometime before 7:00PM (eastern US) to assist with rolling characters.

There is also a Facebook group for the game, which is used for scheduling (until I figure out a better way), as a secondary repository of campaign documents, and for talking about the game. Find it here - https://www.facebook.com/groups/260202304516526/


I still kind of consider my online game to be a beta, so I am slowly rolling it out for public consumption, but loyal blog readers should get the beta pass.


An alternate take on death and dying in D&D. 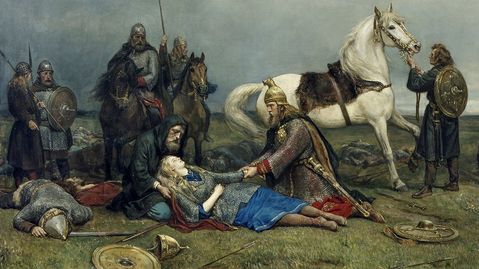 Essentially, when a PC or named NPC drops to zero or fewer Hit Points he is in a state of being neither dead, nor alive until we check on him, usually after combat. As soon as he is checked on (an action that takes a round for one PC), or the combat ends (Perhaps due to a TPK or the party's retreat from the battlefield),  the PC (or NPC) then makes a Save vs. Death to see whether or not he (or she) has shuffled off this mortal coil. The save is made at -2 if there was no one checking (this assumes that the person checking is acting as a combat medic/first responder, binding wounds, doing first aid, mouth to mouth, whatever). If the save is successful, the PC is unconscious at zero Hit Points and rolls on table A below; if not he is dead.