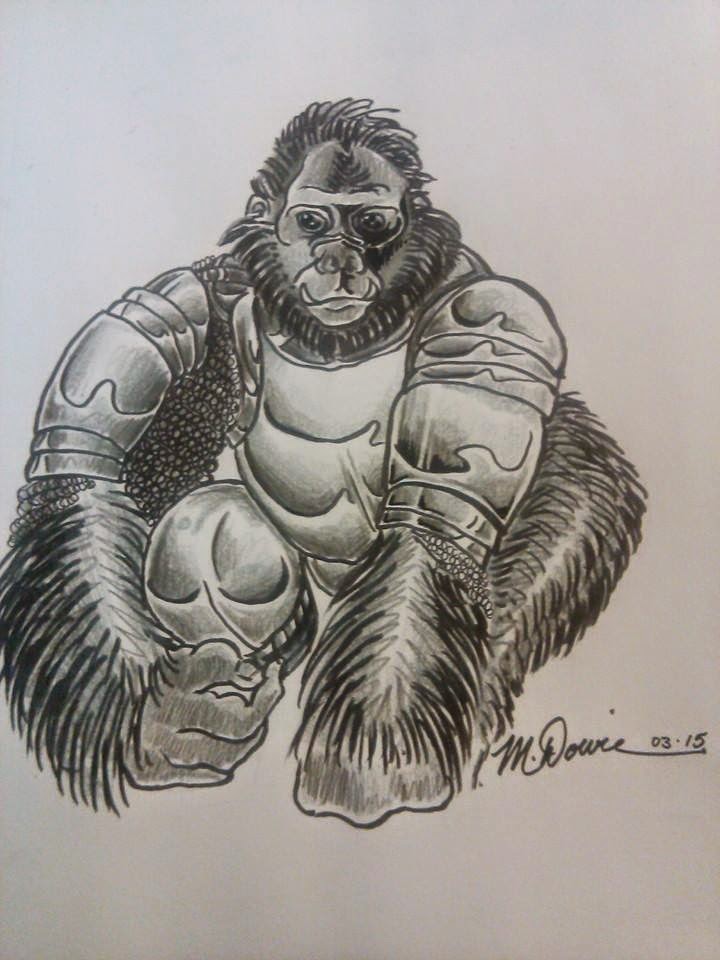 I figured I might as well let everyone know that Great Khan Games release schedule has suffered a massive hit. I was doing a routine upgrade of my operating system and it went terribly awry, resulting in the loss of a great deal of work, ranging from "in final editing" to "just barely started" statuses. This has consumed my free time, in large part, for a couple of weeks now. I had a D&D based Star Trek game pretty much ready to go, I was just waiting on some art and making the decision whether or not to release it as a Star Trek game (for free) or to alter it a little bit into a Star Trek-esque game and make it PWYW. I was leaning towards free. Samurai was at about 50%, B/X WW2 (a working title) and 'Nam were at about 80% and Vikings and Legion were at 25% or less, but I have been making great strides with my D&D based games before the accidental destruction of my work. I really hate to rewrite stuff completely, so fixing the problem has been slow going. I also like to bounce from project to project as ideas strike me, rather than concentrate on just one at a time- it's how my brain works. I had another character class ready to go, and didn't have any part of it saved anywhere else, so that's a downer too.

So, anyway, that's where I've been. Great Khan Games isn't going to have anything new until at least next month, depending on inspiration and ambition striking. I'd planned to have something new every other week or so after I launched with the PWYW Steppe Warrior class, but that's not going to happen now. Mea culpa, but stay tuned for some more stuff, we aren't going to let this stop us.