I am humbled by the support of the OSR community for myself and my wife Mona in our time of need. Since being made aware of her gofundme for her expenses, the OSR community has helped to push us over the 2/3rds mark, meaning we'll get to pay off all of our impending bills.

I probably waited too long to ask for help, we lost our house in late 2014 after she'd been out of work for about 9 months, too sick to do much of anything. Our youngest was still in high school then. We moved to Mona's hometown, from mine, after the end of that school year. Ember suggested it, so her mom could be around her family and oldest friends for her recovery period, despite the fact that she would be spending her senior year of high school in a new school. I love the house we are renting now, it is very nice, but it's not the same as the one we owned.

I have been selling my gaming stuff on Ebay since just before we moved to keep us afloat financially, but the cherries of the bunch are long gone, so that's more or less dried up. I've held a few things back, for sentimental reasons or because I still use them, and I've picked up a few bargain priced items in this time too, often for resale.

I am saddened by the fact that her art career was just starting to pick up during her initial recovery time. Richard LeBlanc held a couple of pieces in Petty Gods for her when she had her initial surgery and the complications kept her in the hospital for weeks. This led to her collaboration with Timothy Brannan, although she was already sick again by then.

Anyone that won a contest I held here, or requested a refrigerator magnet from me probably got an envelope that had been “Mona-ed up” by her, usually a dragon or something drawn on the envelope.


In light of this newest news from the oncologist yesterday, where we were told the odds were not in her favor and the option to just stop treatment and focus on her comfort was discussed, and she chose rather to fight, even though it would probably shorten her remaining lifespan, I would like to ask everyone to keep her in their prayers, if they are the praying kind, and I'd like to thank all of you for rallying to her cause.

Here are some pieces of her art-

These first two she did for "Petty Gods" 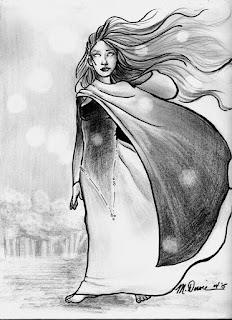 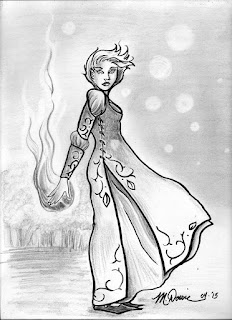 The next three she did for Great Khan Games 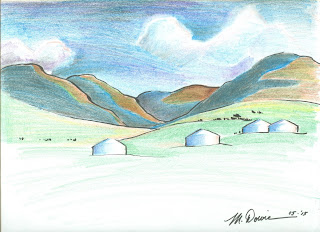 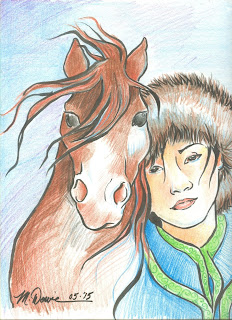 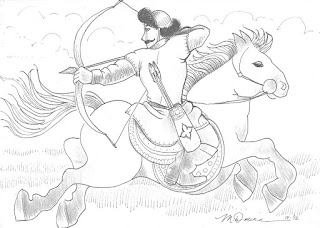 She has always loved to draw mermaids 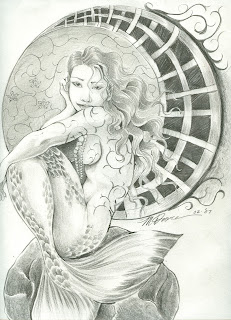 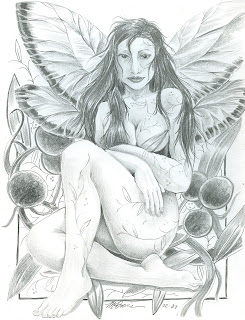 The odd dragon here and there 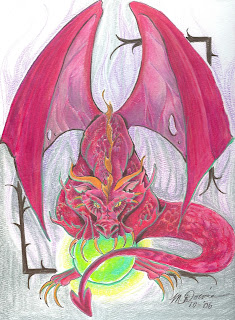 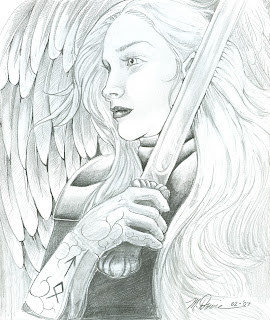 And a photo of the lady herself, during her initial recovery in 2015 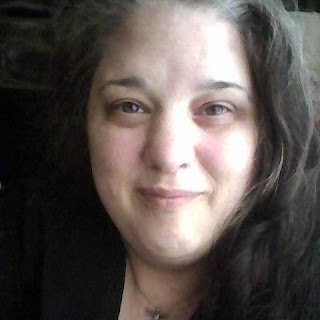 Lastly, a link to the gofundme I set up for her

Posted by The Great Khan at 3:55 PM 0 comments Links to this post

Go Fund Me for Mona

Since I am doing this, I figured I should probably reach as wide an audience as I can. I have set up a gofundme for my wife Mona's ongoing expenses related to her cancer here. Please donate if you can, and share the campaign. I won't go into all the details here, I have detailed the progress of her cancer in the gofundme, but I will point out that she is one of us. Old school. Her and I met at a D&D game in 1990. She has been my constant gaming companion ever since. She has more published OSR cred than me too, having done all of the art for Great Khan Games and she has a couple of pieces published in Petty Gods.

Posted by The Great Khan at 4:34 PM 0 comments Links to this post