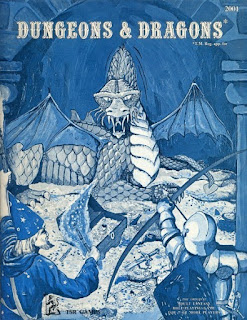 I skipped a “Year in Review” type post this year, in no small part because 2020 pretty much sucked. I live in NY state, so we were among the first that really got slammed by the pandemic, although not near where I live. Here it's only just starting to get really bad.

It has put my home game on an indefinite hiatus again, we skipped from March to August of 2020, and now we have not played since early December. We started this campaign because I wanted to run Stonehell and I had a group of people large enough to start, if we played old school with retainers and were smart. So far we've gotten in 24 sessions, which is pretty good considering the pandemic.

I started dating a woman, got engaged. It was pretty fast, but I think we're good for the long haul. Planning a wedding for after the pandemic. We already shared some hobbies, but I got her into D&D, she's played in my campaign since August, as I recall. Her name is Sarah, I imagine she'll be mentioned her more often, as I blog more, which seems likely, since I am not playing D&D, so my D&D thoughts pretty much come here to be shared.

How I started I've mentioned in several previous posts, mostly at the start of my blog as a thing, and I assume anyone reading this has gone back and read all the previous posts (lol), but I'll go over it again, since it's the thing to do today.

1. The year you began, and with which role-playing game?

I started, I am reasonably certain in 1981, with Holmes Basic D&D. I can link it to me seeing Excalibur in the theater with my friend Chris Gorton. He saw I had really liked the movie and suggested we play D&D together. I was surprised he had a copy of the game, I had been looking for it locally for a year or more by then, having seen it in ads in “Boy's Life”, the scouting magazine.

2. Did you figure it out alone, or were you introduced by a lone but experienced GM, or by joining a preexisting group?

Kind of both. I was introduced, a week or so after seeing that film together, by Chris, but he wasn't great at explaining the rules, and it was a super short introduction. I managed to find and buy a copy of Holmes Basic within a month or so, as I had already been saving my allowance up for it when I found it. I don't recall the price exactly, but it had to have been around ten dollars or a little more to make me have to save up. I spent a bit of time failing to grasp what was going on, and eventually, between me questioning my friend Chris, reading the rules myself, and asking my dad what he thought, I figured it out, with significant missteps along the way.

3. What was your first group like? Was it private among friends, in a game store, or in a club? Were they older, younger than you? Did their style of play shape the way you played later?

My first group lasted one session, Chris was DM, we played at my parent's house. I was the youngest player, the rest were two to three years older than me. It went alright, I guess. Chris was an interesting DM, compelling, but he ricocheted between Monty Haulism and Killer DM syndrome. Survive a session and you were a demigod, but the odds were not in your favor. I really learned the game playing with my dad, one on one, me DMing him as he controlled a party of PCs running through the “Keep on the Borderlands”, tons of mistakes along the way, but we learned from them and kept moving on. My dad never really got the game, and fantasy wasn't his thing, so he didn't really play much after those first games, but it was nice of him to try bonding with me over my interests. Ultimately my friend Tim MacDougal was DMing a game within walking/biking distance of my house and I started playing with him and his group, and ran a side campaign mainly with my next door neighbor Scott Whitmore, following a similar formula as I had with my dad. Scott ran a single PC as a leader of a party of NPCs and I ran a lot of half baked dungeons that I made up as I went along most of the time. For what it's worth Tim was doing the same thing for the group I was playing in. He really influenced my DMing style. Eventually I took over DMing duties from Tim, so he could get some playing time before he left for the army.

4. Your favorite role-playing game. (Was it the game you started with?)

First edition AD&D would be my best answer I guess, although none of us ever really ran it by the book, rules as written, probably because we couldn't understand it completely. It is technically a different game than Holmes Basic D&D.

5. Anything else you want to share reflecting the impact of how you started on how you play(ed).

None of us were wargamers going into this, especially not miniatures wargamers, so we missed the unwritten memo about using tons of Henchmen and Hirelings and thought our characters were supposed to be heroes from the get go. The end game was not spelled out for us either, so we just kept on playing as we had been, going against bigger, badder monsters in search of better and better loot. The answer to the question “Why do you adventure?” was “For riches and glory”. We didn't have a lot off angsty backstory (or any really at all for a starting character, really just more of a basic “my guy is a viking” or “I'm a Dwarf”). Lack of wargaming experience made our play different I think than was intended, but ultimately, D&D at least, kind of went in the direction my generation had been taking it. Too far maybe, but that's just my opinion. I have spent a long time trying to come back to the older style of RPG gaming, we use retainers pretty extensively now, we only used them to fill player gaps in the past. I am working on a domain game for my players. The world is original and, because I've DMed in it for forty years now, pretty easy to get immersed in. I can run my game in a style tailored to the players and how they want to play, everything from the character immersion thespian heavy style to the wargamer-ey third person role-playing. I rarely do voices though.